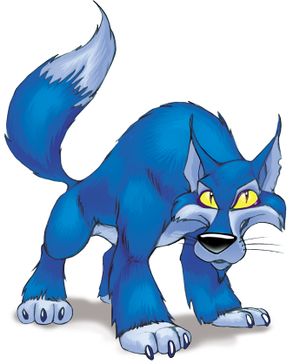 Sabre Wulf is the central antagonist from the Sabreman series. Despite being the villain, he shares a name with two games, a ZX Spectrum game and a Game Boy Advance game.

Sabre Wulf is a kleptomaniac blue wolf who steals anything and everything, and sometimes even people, and adds those things and people to his hoard. It is Sabreman's goal to take treasure from Sabre Wulf's lairs and make it back to his tent. The faster he reaches the tent, the more value Sabreman's new treasure will have.