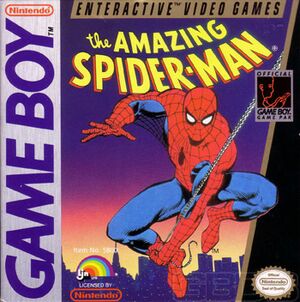 Spider-Man must travel through several different locations in New York City in an effort to save his wife, Mary Jane, who had been kidnapped by Venom. Along the way, he fights old nemeses who taunt Spider-Man as to the whereabouts of his wife.

Spider-Man has three extra lives, and then three continues. However, there are no passwords or secret codes. The intermissions scenes between each level feature Spider-Man trading catchy barbs with a supervillain on a cell phone or a walkie talkie in order to find out where he should go next.